I recently switched jobs from the startup where I was employed as a software developer for about a year and a half.

My coworkers sent thoughtful goodbye messages, but I liked Alex's the best: 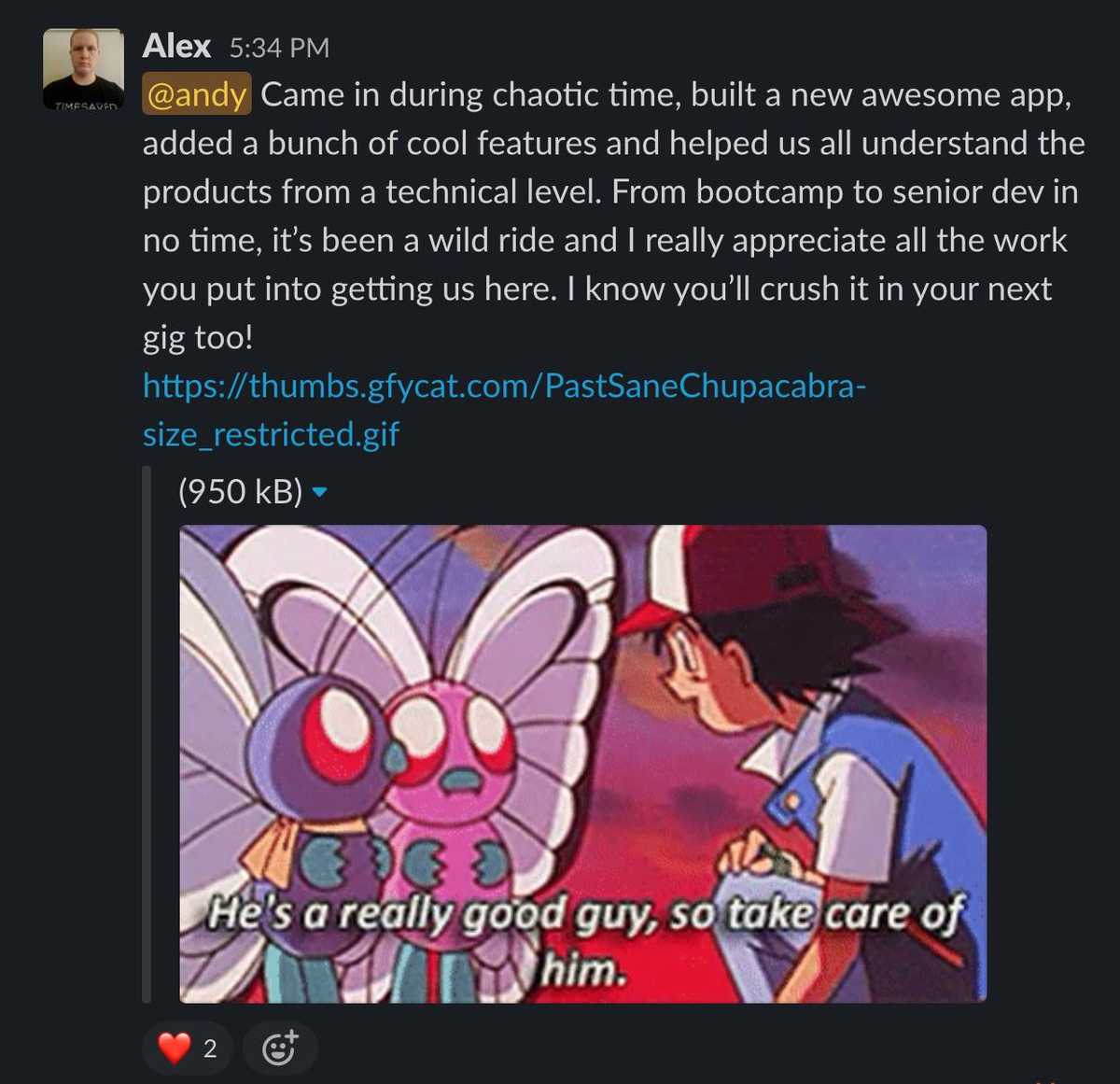 I never felt under-appreciated at that job, but it's nice seeing it put into one place like this.

Here's an overview of my contributions to that company:

I'm a little sad to be leaving behind the relationships I'd built there, but the team is in great shape even without me.

Now, onto the next chapter!